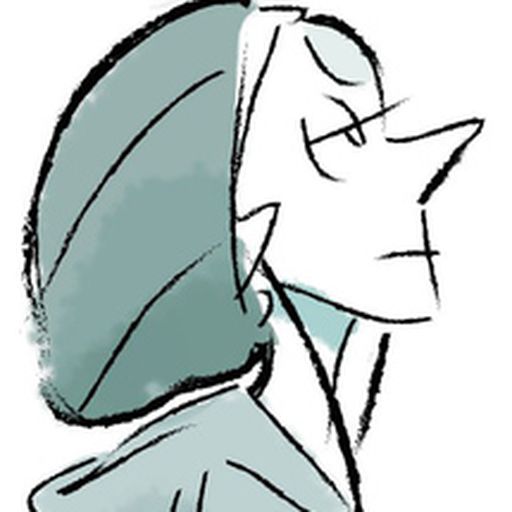 ionia got name-dropped right? or was that only implied? im pretty sure noxus is actively at war with ionia around this time

im not sure what kind of hellish situation youre imagining but democratizing workplaces can and does work, and how that system is applied can be adjusted case-by-case. youre right, lots of people dont care about the minutia of their workplace and you can organize around that. that’s the power of giving workers more control, and since you support unions im sure you can sympathize with that

lol whoa i didnt know that

that would be just one step among many, ideally culminating in the complete removal/replacement of all management positions (and super ideally, the democratization of the workplace as a whole)

yeah ellis really lays this out clearly in that vid, really solid watch

i recall that the RTS games spend a lot of time venerating the imperium’s followers before trying to turn it around and show where their ideology logicially leads them. i think for many, the amount of media literacy required to consume something warhammer-related is too high and it’s very, very easy to take them at face value if you live in a culture rooted in white supremacy that is upheld by bigotry and othering

i remember watching a tutorial for total war warhammer 2 and the youtuber compared the skaven to fucking muslims. like, holy shit

when you know what to look for some of the commentary of these factions can become apparent in some of the works based on warhammer but it is deep enough that appropriation from bad actors isnt all that difficult. it’s been pointed out that nazis have approrpriated imagery from straight-up anti-nazi media like "American History X" and pink floyd’s "The Wall", it’s very easy to see how something like warhammer is easily co-opted — they dont have to work very hard

rogueContinuum's comment on Arcane season 2 officially in the works at Netflix,

hopefully, yeah. i would very much like to have my fears proven wrong, especially since what i can find on volition is pretty positive (especially when you consider how poorly much of their library has aged). but companies like bioware have allowed time off during horrific crunch before just to staunch the bleeding of their staff so im gonna side eye the company until the game is out and people are more free to talk about their experiences

the real question is: will the staff be crunching this whole time a la cyberpunk and many other games that get delayed or is this actually a sustainable extension that isnt going to run people into the ground?

my priority is supporting the working class, and that includes actiblizz employees not losing their jobs and spiralling into debt in order to mildly inconvenience some rich fucks

playing favorites and deciding which vampire gets profits over the others wont change anything, it only continues to play the capitalist game. the consumer has no power because the consumer class has been designed to have no power. no matter what theyre enriching one vampire or another and that’s by design

it’s workers who will enact change through organization, unionization, and denying profits to capitalists by witholding their labor, which is only possible through things like strike pay because basic human needs have been commodified. we could boycott actiblizz into bankruptcy but the vampires will just roost somewhere else and start the whole process again. the whole thing has to change, and it wont change by consuming indies, who will grow into/be absorbed into another actiblizz, and the whole thing will start again

i agree that we seem to be on the same wavelength and want the same endgame. but i dont see how playing the capitalist game by rewarding some over others will get anything done. we need to encourage workers to organize and realize how much power they have collectively over the whole system

commented on Blizzard’s first female co-leader only got equal pay after tendering her resignation, Nov 17, 2021, 11:50am EST

commented on Activision shareholder group calls for Bobby Kotick and board members’ resignation, Nov 17, 2021, 11:42am EST

god i hope so. having a union and the ability to organize things like strike pay would really help them stick it to these motherfuckers

you havent addressed a single fucking thing then vaguely gesture to read…. something about how wrong i am because im so far gone you cant even with me