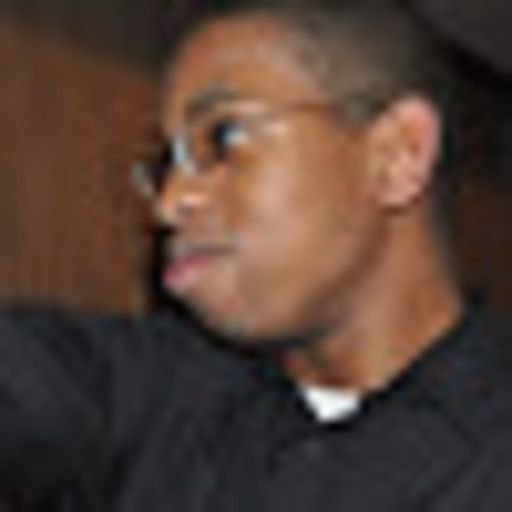 I don’t think Disney would ever let him do it. Especially since they’re still reeling from the sequel trilogy fallout.

commented on Star Wars’ next feature film will be from Taika Waititi after Rogue Squadron delays, May 17, 2022, 10:09am EDT

Yeah I’m kinda with you here. Especially after Turning Red, this seems like Pixar going back to extremely safe territory.

Finally watched this and absolutely loved it. I’ve become bored by Pixar’s "prestige" tone in its films and their singleminded focus to make me cry, the but the low stakes and the faces (oh the faces) easily jettisons Turning Red as one of my favorite films of the year.

commented on Turning Red’s Rosalie Chiang shares her favorite line that was cut from the Pixar movie, May 16, 2022, 7:23am EDT

If you would have told me back in 2004 that the anime aesthetic would come to envelope every thing, I’d probably look at you funny.

But it’s also not surprising: people my age who were obsessed with Dragon Ball, are now becoming industry leaders and celebrities, so all of this is filtering into the culture

I’m sure that’s on the table.

They already do that anyways so it’s not like this case will change things.

commented on Toxic fans have made Johnny Depp and Amber Heard’s trial inescapable, May 13, 2022, 9:49am EDT

It’s probably a little bit of both.

MrFribbles's comment on First Kill is the gay vampire-hunter romance of our dreams ,

I’ve had to do some cleaning, because the problem is that I also tend to watch shows with left-centric politics, but because the algorithim favors right wing toxicity, some of this crap slips by.

commented on Toxic fans have made Johnny Depp and Amber Heard’s trial inescapable, May 12, 2022, 8:20pm EDT

It’s gross..it’s really gross seeing incels and MRAs act as if they actively a give a shit about abuse where men are the targets by putting up #JusticeforJohnny, when it really is just a way to dunk on feminists.

I’ve done all I can to stay away from this news. And pretty much my verdict is that both people in the case are toxic to each other, as well as I don’t care about the problems of wealthy people.

commented on Toxic fans have made Johnny Depp and Amber Heard’s trial inescapable, May 12, 2022, 8:19pm EDT

I was skeptical that maybe this was all a weird case of everyone having low expectations. But the reviews I’m reading suggest that this is more than that. Even if I don’t personally enjoy it myself, it sounds like a lot of people are going to.

BobodyBobody's comment on Nintendo’s next console is a ‘major concern’ for the company,

BobodyBobody's comment on Nintendo’s next console is a ‘major concern’ for the company,

Moreover they are completely dwarfed in tech power by the Valve Steam Deck, which is arguably their first real competition and is selling out as fast as they can make it.

I mean…say that to the Vita, Psp, nearly every handheld competitor that somehow hasn’t been able to take down Nintendo despite being more powerful. The only way for the Steam Deck to be in full competition is for Valve to provide comparable software with Nintendo. And what i mean by that is exclusive software you cannot find anywhere else, and not just giving you access to your steam library.

They can’t. And i don’t think Valve is willing to put the time and money into trying to do so anyway.

At the very least, it does ensure that Nintendo is not fucking bat shit insane and willing to walk away from the hyper success of the Switch in favor of something new. People tend to forget that the transition to the Wii was in response to the Gamecube not doing well against the Ps2 or Xbox, and the Wii u happened when the Wii experienced a complete drop in sales thanks in part to casual gamers moving on and third party studios unable (or unwilling) to spend the money to port games over to the Wii.

The Switch is the perfect melding of Nintendo’s quirks and familiar gaming. So I expect that a Switch Pro—though I’m partial to the Super Nintendo Switch myself—will have the original Switch as a foundation. Again, it would be insane to strand all of those consumers.

It makes more sense for them to do an adaptation of the current manga, just for synergy. The manga is fairly popular, and people would dig revisiting Moro and Granola for some sweet fight sakuga.

Though there are crazies that full on believe that the anime is the only canon interpretation. They crazy.

Who knows? It’s been like 4 years since the anime ended and there’s been not a single bit of news suggesting it’ll come back. And honestly? I think that’s fine. I found the anime to be a mess, not only visually but also from a narrative perspective. From what I understand, they had multiple writers on that show and it, well, shows. The manga is filtered through a single creative(s) and I think its a big reason why the Manga is way, way better than the anime.

I can see them forgoing an anime adaptation, and just doing movies.

I think there was initial intention to have Gohan take over as the main protagonist, and circumsances forced Goku back in the limelight. We’ll probably never get confirmation however.

There is a part of me that would love a reboot that hewed more in line with the original novels. Some of those deaths in that first book are fucking rough, and none of that Spielberg sentimentality is in the book version.

And I think that’s the thing. It’s not fun in a way that I think Jurassic World tries for and it comes off a bit too mean for a popcorn film.

The creators of this movie have been up front that

A. This was made alongside Broly
and
B. That they chose this art style precisely because it would allow their animators to rest after working on Broly.

Super Hero was always intended to be a more comedic, low stakes feature, and every thing I’ve seen from the movie supports that.

Hanoveur's comment on The horror movie Men is a thousand arguments waiting to happen,

But the effectiveness of whether a movie is "funny" or "romantic" is subjective because people find things funny that others don’t. It is all subjective—there is no objective way at looking at art.

commented on The horror movie Men is a thousand arguments waiting to happen, May 10, 2022, 9:30am EDT