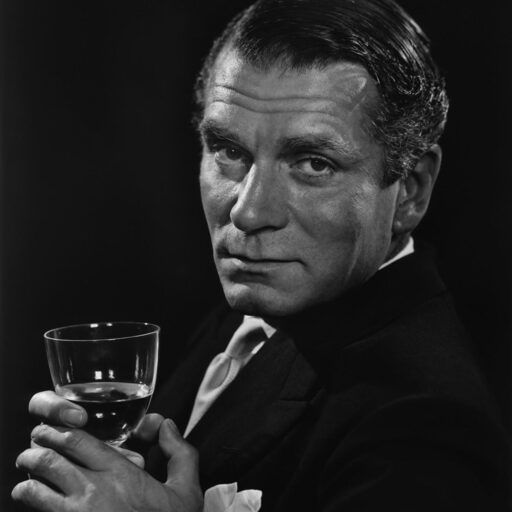 MrFribbles's comment on A new Daredevil series is coming to Disney Plus ,

Please fix his mask/cowl so the exposed part of his face doesn’t resemble a kuchi-kopi doll left in the oven too long.

GS13579's comment on Doctor Strange in the Multiverse of Madness has the MCU’s best villain so far,

rnsrobot's comment on Doctor Strange in the Multiverse of Madness has the MCU’s best villain so far,

OldGuyGamer's comment on Doctor Strange in the Multiverse of Madness has the MCU’s best villain so far,

yovargas's comment on Doctor Strange in the Multiverse of Madness has the MCU’s best villain so far,

isaiaht's comment on Star Wars’ next feature film will be from Taika Waititi after Rogue Squadron delays,

BobodyBobody's comment on Star Wars’ next feature film will be from Taika Waititi after Rogue Squadron delays,

theBeerBaron33's comment on Star Wars’ next feature film will be from Taika Waititi after Rogue Squadron delays,

The last time Disney updated its film release schedule, there was a Star Wars movie slated for December 2023, a release date this film will likely take. The movie will be directed by Waititi with a script by 1917 screenwriter Krysty Wilson-Cairns. There are no further plot details revealed just yet.

Considering the whole thrust of this Vanity Fair piece is more or less flat-out announcing "We’re a TV Show now, and it’s apparently what we’re really, really good at." I don’t know that the above is meant to be anything more than a "let ’em down easy" sort of thing. The Rian Johnson trilogy is officially "backburnered" in this piece, with the Netflix deal specifically being called out as why (I’d imagine the Netflix deal happened AFTER his trilogy got backburnered, though) – the Patty Jenkins movie is probably not happening – and Waititi is still working on Thor 4 right now. Plus, you know, having to do the press for Thor 4 once he’s finished doing post on Thor 4 (Thor 4!)

I don’t know that, even under an accelerated schedule with the steadiest hands and the beefiest of budgets to grease the wheels, that Waititi is gonna be able to knock out a whole Star Wars movie, from beginning to end, in less than 18 months.

This feels like lip service. Star Wars is TV shows now. And that’s okay (they’re even doing one of their big Vanity Fair things to specifically announce that fact!). They don’t have anything from Feige, they don’t have anything from Jenkins, they just openly threw Alden Ehrenreich and Donald Glover under the bus (gonna make that Lando TV show they announced extra awkward, I think), and they’re suggesting there’s a Taika Waititi movie that’s going to hit a December 2023 release date that hasn’t even started pre-production yet?

commented on Star Wars’ next feature film will be from Taika Waititi after Rogue Squadron delays, May 17, 2022, 11:50am EDT

Full_of_Spiders's comment on Star Wars: Andor coming to Disney Plus later this summer,

theBeerBaron33's comment on Star Wars’ next feature film will be from Taika Waititi after Rogue Squadron delays,

vvarden's comment on A billionaire joins the space race in For All Mankind season 3 trailer,

MFTWrecks's comment on The MCU keeps doing its women dirty ,

TakeControl's comment on The MCU keeps doing its women dirty ,

TakeControl's comment on The MCU keeps doing its women dirty ,

This adaptation mostly mimics the tone of Normal People and its torrid and frustrating affair between two lifelong friends. Normal People and Conversations with Friends are different novels, and it does Rooney’s writing and storytelling a disservice to treat them so similarly.

I almost wonder if the team at Hulu and the team behind the camera literally looked at this as if they were creating a goddamn Rooney Cinematic Universe. Because that’s really the only explanation for why you’d treat the first book like it was the 2nd, when doing so is absolutely the wrong call for multiple reasons.

commented on Hulu’s Conversations with Friends is, unfortunately, the new Normal People, May 16, 2022, 3:05pm EDT

TakeControl's comment on Hulu’s Conversations with Friends is, unfortunately, the new Normal People,

Death and delay's comment on Sony reveals game lineup and launch dates for PlayStation Plus relaunch,

No, the first comment I responded to was asking about the broadcasting.

I’m still baffled that this thing is broadcast.

Which I took to mean the coverage – which is, again, what the article is mostly about (or rather, how the coverage is almost solely catered to exploiting fandoms surrounding the trial). The cameras comment followed that, and you need the cameras to provide the coverage, which is, again, primarily what the post and the rest of the conversation was talking about, which you acknowledged the ads would be a driving factor behind.

commented on Toxic fans have made Johnny Depp and Amber Heard’s trial inescapable, May 13, 2022, 4:47pm EDT

Coming back to this post to chip in after watching the first 2 episodes of S2: the Ava/Deborah stuff is definitely picking up from the end of S1, and Ava hasn’t backslid into the pile of cliches and twitter jokes she was at the beginning of the season.

However – basically everything having to do with the agent and the agent’s receptionist is fucking death. It was kinda sorta okay as a sideplot/cutaway gag thing in S1, but it is so clearly, frustratingly unfunny and out of place now – I don’t know which of the three showrunners (if not all three) is insisting on making this part of their show, but goddamn it’s by far the worst thing about it.

PointyThings's comment on Top Gun: Maverick is better — and nicer — than the 1986 original,