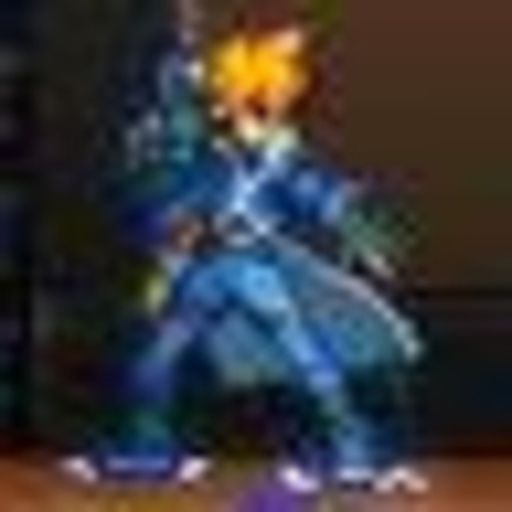 We did not watch the same tv show at all.

Black Widow’s "dark past" was always an informed attribute; we were told about it, but we never saw it, so I never thought much about it. And based on the things we learned about how Widows are indoctrinated once we got to her own movie, do we even hold her culpable?

Wanda was such a sympathetic figure for how she got unfairly villified during Civil War and then lost the person she’d finally connected with at the end of Infinity War. I thought that WandaVision skirted the line of how much we should blame her for everything that happens there pretty well. Is she fully aware of what she’s doing? Is she in her right mind? Ultimately, of course, we learn that Agatha was partly manipulating her actions, but in truth, her outpouring of grief upon finding the site of the home Vision bought for them accidentally made all of this happen. She had to learn to control her powers better. And we end with the promise of that happening. She’s fully embraced her identity as the "Scarlet Witch." She is given comfort by Monica Rambeau, and then she goes off alone, to try and heal from everything she did and imagined. Once again, she’s villified… a little more fairly than in Civil War, but I still felt for her. And the promise of Vision being out there again made her future seem even brighter.

So to me, the Doctor Strange about-face feels like quite the betrayal of how much we’ve come to root for her. More importantly, it kind of makes her look retroactively much scarier (and far less sympathetic) in all her previous appearances. If she was always capable of THIS kind of thing, maybe we should’ve never given her the benefit of the doubt, y’know?

But then again, I didn’t think it was cool to make Scarlet Witch in the comics suddenly turn psychotically evil on a dime after she was a totally heroic character for 40 friggin’ years, so what do I know?

…what exactly makes "A Detective Story" be set in a version of the Matrix that is not the same one from the film franchise? I didn’t see any disparities with existing continuity.

As a serious fan of this franchise, I think that some of these shorts are uninteresting or boring enough that the overall package doesn’t live up to the quality of the original three films. But I still think the vast majority are worth seeing at least once. …. Maybe not "Matriculated."

There was a bunch of smoke early in 2021 about there maybe being a second "Animatrix" in the works courtesy of some credits people had put onto their LinkedIn accounts. Alas, it looks like that was either always fake or the project was aborted.

electric_sheep's comment on The 12 gnarliest dinosaur kills in Jurassic movies,

Based on the way I’m hearing audiences reacted to this trailer… there was definitely a response to it.

And there were plenty of bootlegs of this posted online by enthusiasts as well.

ReplicantZero's comment on Avatar 2’s trailer is finally online so you can witness The Way of Water for yourself ,

It feels like the National Video Game Museum should’ve been doing this whole "Hall of Fame" concept instead of The Museum of Play That Started As One Woman’s Toy Collection.

You are a true iconoclast. Congrats?

I don’t think color-blind casting is bad. Personally, I didn’t think ScarJo in Ghost in the Shell was a big deal. It was literally what we should’ve expected; when you interpret something through the lens of your part of the world, it naturally comes to look like what your surrounding culture does. And indeed, when press wandered the streets of Tokyo and asked tons of Japanese people for their reactions to ScarJo’s role, they couldn’t find a single person who was mad or upset. Inversely, it’s funny that I didn’t hear about anyone being mad when the Racer family of the 2008 Speed Racer movie was interpreted as white.

Similarly, Black Annabeth doesn’t phase me in the least. I know the Percy Jackson fans who were upset that Alexandra Daddario’s hair wasn’t curly and blonde are probably going to have friggin’ kittens over this, but why? Who cares? We live in an increasingly diverse reality. And ultimately, people are people no matter what their cultural or genetic background is. I’ve never cared if a character’s eye color was different between a source work and its adaption, so I’m not gonna care if their skin color is different, either.

I remember the uproar over Annabeth not being blonde in the first PJ movie. It was brought up so much that Alexandra Daddario even had to dye her hair blonde for the sequel.

Anyway, I hope the people who got Big Mad about Daddario being a brunette are having a lovely morning as they appraise the new Annabeth. LOL.

I can sometimes have just a little capitalism, as a treat.

Lil Kut-Ku's comment on Shadow the Hedgehog went to Claire’s and inspired a new meme trend,

It was always especially ironic because most years, the majority of their income came from these games that were supposedly "underperforming." Because to SE, "underperforming" was equivalent to "not selling Call of Duty numbers."

ElmoreStJames's comment on Jane Foster, The Mighty Thor, is coming to Marvel’s Avengers,

It’s not like these are simple ports. I mean, if you just want to play the base originals, you can find them in loads of places, sure. But the focus of this release is on the fact that we’re getting widescreen remasters with a bunch of new bonuses included.

Both of them were physically merged with Thor Odinson and therefore contained the actual Thor. Donald Blake was Thor because he was, y’know, literally Thor.

Of course, Masterson did briefly fill in for Thor after they were split and Thor asked him to "serve in my stead," and it kind of made sense because people already knew him to be "Thor" during the period of time when he was literally merged with Thor, right? But regardless, he was pretty quickly renamed to the hero "Thunderstrike" thereafter, so it didn’t end up being a major issue.

More notably, Beta Ray Bill stepped in to fulfill Thor’s duties for some time, but he never went by "Thor."

I guess, however, that there are only really two examples of people filling in for Thor over a long term who never were literally merged with and therefore physically "Thor." And that makes Jane Foster one of those people. So I suppose, although there was no precedent for her to go by "Thor" prior to that just because she wielded the power of Thor… well, she’s the precedent now.

I can’t say I like it, though. I think it’d be much cooler and much clearer if she had her own name. Partly because she’s just borrowing the name of someone else, which prevents her from establishing her own legacy and identity except as part of the larger history of the character. Because when O.G. Thor returned, that meant we soon had two people running around calling themselves "Thor," and that’s kind of silly to me. But hey, DC certainly has lots of heroes who go by the same damn name running around, so I guess it happens. And we have two Spider-Mans… Spiders-Man… Spider-Men now. So I guess this is just a thing we’re doing?

But most importantly: "Thor" isn’t a title, it’s a person’s birth name. It’s not like the title of "Captain America," which is a mantel you can pass down. Or the mantel of "Spider-Man" or "Batman" or whatever.

It’s the same as if some guy absorbed all the psychic and telekinetic powers of Jean Grey, and then announced that he is now JEAN GREY and should be called Jean Grey henceforth. That’s… that’s just deeply silly. Jean Grey is her name. Maybe you could call yourself the new "Phoenix," sure. But look, random theoretical dude: You’re not Jean Grey, unless you were coincidentally ALSO named Jean Grey before this.

It’s not a code name! It’s just the person’s given name! It’s equivalent to somebody taking on the name of a predecessor when they get hired into a new job. The guy who used to work in my position was named Mitch, but I didn’t task everybody to start calling me Mitch, y’know?

I really hope there’s going to be a physical edition of this. Great to see Sonic 3 & Knuckles made available once more for the first time in over a decade now.

Some rereleases of Sonic 3 (like the 1997 Windows PC port) have featured different music tracks, said to have been swapped in from an earlier version of the game.

I had no idea about this. I really hope this re-release manages to include the original music, which I consider to be fairly iconic. Just listened to the PC version’s music on YouTube, and it’s… vastly inferior to the Genesis tunes. Ice Cap in particular is just a massive disappointment compared to the thumping original. Oof.

No video game company or any corner of the industry is immune from abuse.

Hell, no company in the world is immune.

I’m still annoyed by the fact that Jane-Foster-with-Thor’s-power is named "Thor," even though nobody else who’s ever wielded the power of Mjolnir has ever been named "Thor" aside from the guy whose birth name was "Thor."

My first thought was that it’s tough to see how this can work as a movie. Do it as something gritty and down-to-earth, and you’re going to come up against the fact that these off-duty cops and street gangs inexplicably never use guns, right? Do it as some kind of goofy period piece that parodies the ‘90s, and you completely miss how gritty and genuine the games were up until the third one. And even that one didn’t seem to be self-aware about its utter ludicrousness.

So… maybe that’s the key. Maybe you embrace the third one. You play it straight, but you simultaneously introduce cybernetic septugenarian warriors and killer kangaroos and sinister brains-in-jars without batting an eye? Just go completely loco while the actors totally deadpan it. Maybe that could work?

Alternatively, maybe you can play it straight if the cops are removed from the job because the corrupt Mr. X is too in bed with the mayor. They get their guns revoked, local gun shops are told to not DARE give them any service, and we see Axel and Blaze (let’s say these are nicknames and not literal names) forced to take to the streets with only their martial arts training and some kevlar to protect them as they try to root out the corruption from within. Then they pull some kind of Batman crap to just kick and knock firearms out of the enemy’s hands, and you go from there. It becomes a gritty crime drama with freewheeling kung-fu action sequences that do for fists and feet what John Wick has done for gunplay. And you really lean into the idea that the criminals are politicians are completely inexorable from one another. Make the mayor a real Trumpian figure, y’know?