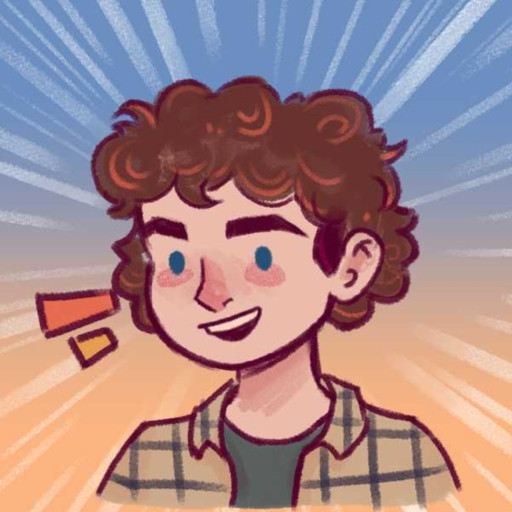 It was really sad in the context of the show, yes, but I’ve seen so much "thanos was right" shitposting that that was the only thing I could think of lmao

aarswft's comment on Listen to Hawkeye’s Rogers: The Musical song, and how Marvel pulled it off,

The THANOS WAS RIGHT graffiti made me crack up, ngl.

Slightly disappointed by the lack of Bat-Cow, but the fact that Krypto wears glasses when in civilian mode makes up for it.

commented on The DC League of Super-Pets trailer takes the Justice League for a walk, Nov 24, 2021, 5:13am EST

Riot Forge is such a great idea. The LoL universe is so expansive, and the original game itself doesn’t do its own lore justice. The idea of letting indie developers make basically whatever they want using the game’s characters is great.

commented on Hextech Mayhem is a creative music game with room to improvise, Nov 22, 2021, 7:22am EST

This is free to play, yet has voice acting, original game mechanics, diverse environments, and solid animation. Take note, Nick All Star Brawl.

commented on New fighter MultiVersus is Smash Bros. but with Bugs Bunny, Batman, and Game of Thrones, Nov 18, 2021, 10:17am EST

Neburelas's comment on Sonic the Hedgehog is coming to Monster Hunter Rise,

aarswft's comment on A brief history of Andrew Garfield swearing he is not in Spider-Man: No Way Home,

bvb_101's comment on A brief history of Andrew Garfield swearing he is not in Spider-Man: No Way Home,

Imagine if he isn’t though, this article would age like milk.

TakeControl's comment on A brief history of Andrew Garfield swearing he is not in Spider-Man: No Way Home,

Here’s the thing… what if its just Tom Holland? What if all the rumors are wrong, all the leaks are faked, and that’s all we get? I won’t mind personally, but the fandom would erupt. The obvious cries of "you lied to us" and "you baited us" would come forward, but the thing is… that would be unjustified. They never said it would happen. This whole thing happened when someone said "hey, wouldn’t it be cool if all the other movie Spider-Men showed up?" That was said long before there was any form of evidence. Then, of course, we got confirmation that there would be returning villains, ok, cool. The rumors grew. Then the confirmation of it being tied to the multiverse. Even better. But they still haven’t even hinted at the return of Tobey or Andrew, bar one tiny spider on an Empire cover. Feige himself has said that he’s concerned about people getting their hopes up and being disappointed.

I’m not saying I don’t think it will happen, I think it’s very likely. But I dread to imagine what the fallout will be if it doesn’t.

It was filmed in Ireland, a few hours from where I live, and I got to visit the set for a day! Just look up "disenchanted enniskerry" and you can see photos.

commented on Disney Plus will let you watch IMAX versions of Marvel movies at home, Nov 9, 2021, 6:30am EST

And one million fanfic writers realised that their work on this planet was done. Ascending past our mortal plane, they smile. They never thought they would do it.

Hopped in the TARDIS and never came back.

I restarted my island, due to feeling like I had messed up on my existing one, and I’m starting to regret it. I want all these things NOW, I wish I didn’t have to wait. Probably should have thought it through better.

commented on The new Pro Camera has me falling in love with Animal Crossing all over again, Nov 5, 2021, 5:45am EDT

Paul_M's comment on HBO Max’s 8-Bit Christmas turns getting ‘a Nintendo’ into an epic quest,

thePhil907's comment on Netflix’s Red Notice is as bad as blockbuster movies can possibly get,

I messed up first time round. I had nearly no bells, the layout of my town was awful, and it was filled with unfinished projects. I’m restarting.