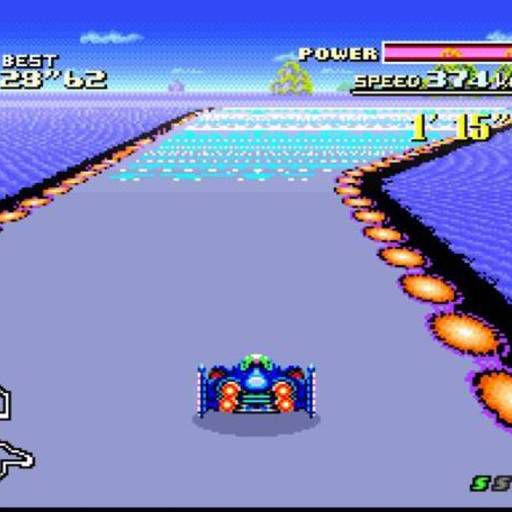 commented on Rainbow Six Siege is getting a Yakuza crossover this season, May 23, 2022, 1:45pm EDT

We need Endless Ocean 3 on Switch.

commented on Apple’s Prehistoric Planet starts with the very best kind of dinosaurs, May 23, 2022, 1:41pm EDT

that the reason this show was non-canon was because they didn’t have the rights to produce a show that was canon.

A reasonable assumption. The reality is that the creators and rights-holders are cowards and idiots. They want to be able to say the show has nothing to do with anything. That’s because they didn’t trust their own creative team, rightfully so, because the lead show runner has never done anything good before. "Why produce something you won’t even take a risk on?", the answer is because the property has built-in marketing from games.

This is licensed videogame: the TV show. There was no reason why it ever would have been good.

That doesn’t stop it from being bad, stupid, and simplistic. Also the claim that it’s supposed to be silly doesn’t excuse or change the criticism in the article.

"This program is intended to be viewed by mature, adult audiences and may be unsuitable for children under 17."

The article seems like an advertisement. Or press release. Why is Polygon serving as a platform for advertising a thing that is already an advertising space (Fortnite)?

kicks off the Obi-Wan celebration

It’s not a celebration it’s a Star Wars ad and cross-promotion and product release.

Did you miss where the article was about a famous videogame retailer.

Save the "not real news" criticism for the copy/paste press releases and corporate product announcements.

It’s not weird, it’s a just law that relatively shortens the amount of time between when you do work and when you get paid for that work.

The weird thing is why everyone else is stuck waiting 2 weeks.

It’s a case where the law itself looks specifically just and progressive and applies to an oppressed group, but makes very deliberate exception for everyone else. I assume it’s because everyone else had no unions lobbying for the law and/or didn’t care because their wages and quality of life was higher than manual laborers.

[Thor face] Are they really though?

commented on Does Multiverse of Madness prove there’s a hell in the MCU? The writer explains, May 19, 2022, 1:17pm EDT

Are people dumb all of a sudden?

Why are people up in arms

That’s a projection. You’re the one up in arms. Nothing in the article was about anybody up in arms.

Yes mistakes are where learning happens.

Witchcraft comes from hell. It’s always been that way.

commented on Does Multiverse of Madness prove there’s a hell in the MCU? The writer explains, May 19, 2022, 1:13pm EDT

It’s not "appeal" it’s the bias of familiarity and it’s a gimmick, and a fetish, and serial consumption. That’s like appeal but let’s be specific. I don’t believe an individual human being who says the "appeal" of something is "overarching narrative across many properties." The fact is people LOVE hearing or seeing a superficial reference to some irrelevant thing that they’re aware of, let’s not act like it’s some big structural feat of storytelling. The appeal is for the marketing/budgeting department because now every movie is an advertisement for the other ones.

There isn’t anything about overarching stories that is better than other than stories. People watch movies even if it’s not connected, and it’s the same in literally every other art.

There’s no evidence for that in movies that isn’t confounded with the usual blockbuster stuff like big famous celebrity actors and big giant "production values."

And there isn’t anything sophisticated about a movie that deliberately has no ending because they want you to pay for tickets to multiple next ones. Or the "LOOK AT THIS FUN PERSON who they withheld from this movie so that they can tease you in the CREDITS in a STINGER advertisement for the next one!" thing. Yay.

commented on The Umbrella Academy enters the multiverse in the first trailer for season 3, May 19, 2022, 10:40am EDT

Is that really a likable thing to imagine?

commented on Nintendo is the latest target of Saudi Arabia’s gaming investment , May 18, 2022, 1:28pm EDT

I think the bigger more direct issue is that any money you now spend on Nintendo is partly helping to enrich a murderous dictator.

commented on Nintendo is the latest target of Saudi Arabia’s gaming investment , May 18, 2022, 1:27pm EDT

Nintendo is terrible in several ways but

That headline removes so much agency from the company

The title refers to the creep of murderous totalitarian dictatorships into ownership of videogame companies (SNK, Nintendo, etc). That’s why it’s a "target."

Also the purchase money in this transaction isn’t necessarily flowing to Nintendo. Also the purchase means (partial) control of Nintendo not the other way around. Do you also tell studio devs that they’re "beneficiaries!" when EA or Activision takes ownership, or whatever? Or maybe when the Yakuza ‘invest’ in your workplace?

commented on Nintendo is the latest target of Saudi Arabia’s gaming investment , May 18, 2022, 1:24pm EDT

The purchase was made by the Public Investment Fund, a sovereign wealth fund that makes investments on behalf of the kingdom. The PIF is controlled by Saudi Arabia’s controversial crown prince and effective ruler, Mohammed bin Salman.

"The actions were taken by the Democratic Republic of XYZ, a democracy that exists to do democratic things on behalf of democracy. The republic is fully controlled by a totalitarian dictator."

Polygon should lead with this:

the undemocratic and repressive state […] the murder of dissident Washington Post journalist Jamal Khashoggi. And under his rule, Saudi Arabia has continued its dismal record of human rights abuses. Corporal punishment, torture and the death penalty are in regular use in the country; there are constant crackdowns on protest, dissent and freedom of expression; women are discriminated against, and LGBTQ people are criminalized and persecuted.

instead of saving it for the end and leading with the conventional party-line about "on behalf of the kingdom" etc. It’s on behalf of wealthy murderers.

commented on Nintendo is the latest target of Saudi Arabia’s gaming investment , May 18, 2022, 1:14pm EDT

People like value inside of the pot even if they don’t want the food in the pot. It’s too pessimistic to think that even a kid who never saw an original Xbox wouldn’t like the idea of having all that stuff in the digital catalog.

commented on Sony reveals game lineup and launch dates for PlayStation Plus relaunch, May 17, 2022, 1:28pm EDT

I know there’s some technical difficulties

commented on Sony reveals game lineup and launch dates for PlayStation Plus relaunch, May 17, 2022, 1:25pm EDT

commented on Sony reveals game lineup and launch dates for PlayStation Plus relaunch, May 17, 2022, 1:23pm EDT

veterans of the journalism industry complaining they’re not the primary target.

Also the "not the primary target" thing (a common default dismissal in internet videogame discussions) is silly considering the most expensive tiers have original PS1 games as the article says.

It feels like the comments here are always less upset about the lack of PS/PS2/PS3 games than the authors, and maybe that’s a sign it’s time to let new voices take the reins.

You could equally (or better) imagine that it’s a sign for a person in the audience to try caring about PS/PS2 games if they don’t already. I believe sensible people know that limited horizons are a worse thing than being enthusiastically told about something new (old) on a videogame website…in an article that you don’t have to read. The idea that a writer should be replaced because the audience doesn’t currently appreciate the same things as the writer, that’s one of the worst ideas ever expressed in a comment section underneath an article.

veterans of the journalism industry

Especially weird comment considering how young the baseline age generally is, and the implication that the exact same views hypothetically expressed by a younger person would be OK for you. That’s called ageism, or discrimination by age.

commented on Sony reveals game lineup and launch dates for PlayStation Plus relaunch, May 17, 2022, 1:19pm EDT

Where you said the "is complaining", you mean the part where the article simply said TLOU2 is a "notable omission"? It’s clearly a notable omission all things considered, regardless of it being on sale recently which is irrelevant.

commented on Sony reveals game lineup and launch dates for PlayStation Plus relaunch, May 17, 2022, 12:54pm EDT

But does Dev really want to level the playing field for hard working American astronauts? Or does he see Mars more as an opportunity to expand his corporate empire?

It’s always the second answer. Billionaires exist for their empire. It’s only PR/propaganda departments that would claim the first one. The show and it’s creators will look ridiculous if it’s the first answer is true.

Now of course if the billionaire was donating everything as a charity to astronauts and NASA, then yeah.

They’re selling a subscription service. The games are typical products for sale.

commented on Sony reveals game lineup and launch dates for PlayStation Plus relaunch, May 16, 2022, 2:13pm EDT

It’s like a cult, it’s disturbing. The standard thing on game sites is to write an article about NPD sales numbers with no link or source, no explanation of where the numbers come from (an obvious question is "is it both digital and brick and mortar?" or "is it sell to retailers or sell through to customers?" or "Microsoft doesn’t just give a random marketing company their sales figures, right? Just for them to tweet it out").

I tried contacting NPD to ask what their numbers are, and of course they don’t give an answer. That’s not how useful accurate reliable research data works.

And the NMS mechanic that outrages me the most: the jetpack. It’s a "press button to change vertical position", it feels limp and mushy, with weak mushy sound effects like the rest of the game. Like spaceship flight etc (horrible feel and also horrible sound effects).

Where’s the feeling of boosting, the inertia and momentum, the thrill? The danger, the careful risk management of pressing the button? It’s pathetic considering it’s a ROCKET PACK in a SCI-FI GAME.

I agree at least with the earlier comment that blowing up a pirate is OK, it’s decently punchy.

Does NPD group still refuse to explain how they get their numbers? Internet gameland treats them as gospel from god but nobody ever questions it. Also Polygon didn’t link the source of (oh) employee’s twitter thread. People should be questioned NPD in an age when competing publishers control a large part of their own retail in the form of digital stores for PS and Xbox.

If a FromSoftware game says something though you know it’s a lie. Or at best misleading with hilariously unfortunate consequences.

That’s the problem with almost everything in No Man’s Sky. Everything is interface management and the world is a dollhouse of stiff puppeteering. When you said the thing about handing over fraudulent passports, I knew exactly how this would feel in NMS…which is bad. Hello Games program a thing to happen but they don’t design game stuff that feels good to do.

You didn’t say what the difference is.