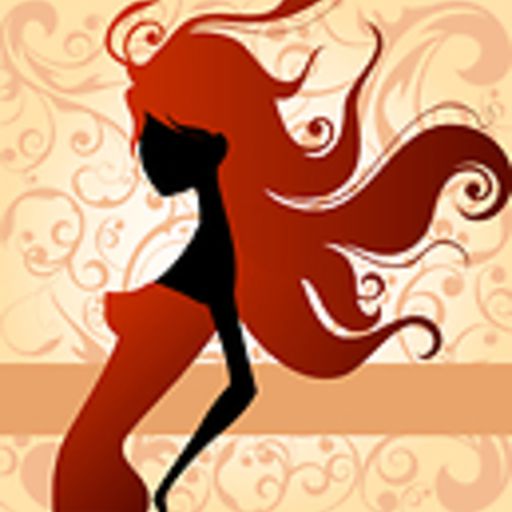 I’ve seen the movie, and have no knowledge of the book; I’d have to disagree with a lot of this review. The first hour is the best hour of the movie. The middle is fine, but there’s nothing in it you haven’t seen a hundred times already. The last act is where it all sort of falls apart, as it switches from being a drop dead gorgeous and epic film to being a high end television pilot. Jason Mamoa’s performance is completely incongruous with the rest of the movie, and it’s both distracting and off-putting, like a guy who wore swim trunks to a wedding. Unless you’ve got a crush on him, or are his mom, I don’t know how you could possibly think he does a good job in this movie.

Josh Brolin’s character shouldn’t be in the movie at all. He wastes time and space and they obviously should have condensed his part and Jason Mamoa’s part into a single character. Neither of them are particular good. Brolin plays generic white guy yelling, and Mamoa plays unflappable grinning dudebro. Boring, meet boring.

They could have, and probably should have, done more to escape the 1965-ness of the story. Don’t get me wrong, I’m a huge fan of old science fiction. I love Logan’s Run and Zardoz, I happily sat through Silent Running, and I could watch Barbarella once a week for the rest of my life. I am neither woke nor strident. But this movie, this story, has some aspects that are simply stupid by modern standards. The interstellar girl power illuminati, aka Bene Gesserit, are waiting around for a man to come and "lead them to a better future". It’s a remarkably silly, even viewed through the Mad Men tinted goggles of 1965, and in 2021, it’s pure cringe. And, in an almost hilarious parcel of irony, diversity casting actually makes Dune into far more of a White Savior narrative than it would have been if they’d cast the movie like George Lucas would of done (you know, no real brown people, but at least one part for a midget). Paul literally has to kill a black guy to become the leader of a bunch of desert themed primitives (definitely what you are, if you’re still deciding questions of leadership with trial by combat) and, presumably, uplift them. In Dune, all the women and all the brown people are waiting for Timothee Chalamet to wander over from the Woody Allen movie he was born in to provide some gosh darn leadership.

Despite its shortfalls, it’s still a good half-movie. At times it’s a great half-movie. For roughly the first hour and a half (it’s two and a half hours long), it’s a visual tour de force unlike anything I’ve ever seen. Those 80ish minutes are probably the closest I’ve ever come to the experience people continually describe about seeing Star Wars in 1977, even if it does occasionally struggle to posit a unique visual identity, simply because Star Wars has already claimed so much territory in the genre of space warfare. I can’t tell you whether or not it will please Real Dune Fans™, but, personally, I hope the movie gets finished some day, as I would like to see the rest of it.

commented on Denis Villeneuve’s Dune is all world-building and no world-living, Oct 19, 2021, 1:21pm EDT

Awesome! I have an ever growing list of games I’m waiting to buy until my Steam Deck gets here, and this will just make my shopping that much easier.

Having said that, I’m also very disappointed that we’re finally getting some paid DLC and it’s not going to expand the island or provide an avenue for more villagers. And I agree with everyone about the QoL stuff. Especially crafting multiple items. As usual, Nintendo manages to be delightful and exhausting in equal measure.

I’m glad I didn’t pay for it, and I certainly won’t buy my own copy when it eventually leaves Game Pass, but I agree, it is a perfect example of why I like Game Pass. Much like Apple Arcade, Game Pass is amazing for people who don’t have a super specific gaming agenda. Most of the games I’m waiting for, like Hogwart’s, Perfect Dark, and Starfield, are still way off in the future somewhere, so aside from staples like FFXIV and Second Life, I’m just wandering around at this point, installing stuff on a whim and trying it for a few minutes, which would be impossible without services like Game Pass and Apple Arcade. They’re a great fit for someone like me, who falls into a weird middle ground between casual and hardcore.

And, if they ever clean Back 4 Blood up, so it’s less like trying to play a game through an endless and exhausting maelstrom of visual clutter, it would probably turn into a game I really enjoy, instead of a game I find kind of interesting in very short bursts.

Those are all pretty great skins. I love Brigitte’s!

I wish they’d come out a few years ago, before Blizzard systematically destroyed everything enjoyable about Overwatch in the process of chasing that esport dragon. I don’t think I’ve even got the bnet launcher installed anymore.

She should have been the one out running around in the infrastructure. It’s like the writer decided halfway through that he was going to take her story away from her and give it to the boring little cop guy.

I was proud that the women were, by far, the best part of this series. The two girls sitting and talking during the marble game was easily the best written and most interesting thing that happened in the entire show.

The main character was so annoying, I would have been happier with literally anyone else winning. Then he somehow manages to become even more annoying during the final ten minutes of the show! Which was astonishing. I could not believe they managed to find the 11 on that dial.

The whole scene around this show has been weird. I mean, it was fine, and fun, but it’s at least the 40th version of this story I’ve seen, and an awful lot of anime have done it better, not to mention the original movie, Battle Royale.

"It’s been said a number of times, but when Spanish-speaking people are talking in English, we’re not constantly cambiando a Español mid-sentence."

It is super weird when Spanish speaking people feel like they need to explain themselves to Americans like they’re somehow an exotic mystery. The US shares a two thousand mile border with Mexico. Spanish speakers are not an enigma of the American landscape.

I’m from San Diego, and lived in Mexico for many years. I have more friends (from both sides of the border) who switch between English and Spanish mid-sentence than I could even begin to count. It happens constantly.

And the reason you see that in so much media, in the first place, is because so much of that media is being created in SoCal, where everyone has tons of experience with Spanish speakers, and they’re mimicking something that happens all around them, all the time.

Except, words have meaning, and when you call something a "stereotype", you’re not just saying it exists, you’re saying it’s a common and prevalent perception, so, in fact, your knowledge of a "stereotype" directly affects whether or not that thing is actually a stereotype. That’s how the concept of stereotypes works.

Shinobi Jedi's comment on Far Cry 6 is a waste of potential,

Lerkero's comment on Far Cry 6 is a waste of potential,

pwucker's comment on Far Cry 6 is a waste of potential,

If they had completely revamped the joy-cons to fix drift, and upgraded the hardware enough for the Switch to be good at running existing Switch games, I would have upgraded.

Instead, they did neither of those things, and now whenever I see the OLED Switch it reminds me how excited I am about my impending Steam Deck.

commented on The Nintendo Switch OLED Model is both a big upgrade and a half-measure, Oct 6, 2021, 11:57am EDT

I’m surprised it took them this long. Twisted Metal is such an obvious IP for a world obsessed with battle royale games.

If there is a 4k Switch coming, it has to be next generation, not a mid-cycle refresh. The 32gb Switch units they’ve been selling for years are simply not compatible with 4k games. MS or Sony might be willing to tell people "just go buy a micro sd card and keep up!" but Nintendo will not do that. They don’t want their Switch audience divided or confused. We’re not going to see a 4k Switch out here in the wild until Nintendo is ready to declare the Switch era over, and the era of the Switch 2 ready to begin.

Not to mention the fact that Nintendo doesn’t have the infrastructure for 4k games. Their network is terrible, even with the network adapter. It takes the Switch longer to download a 15gb game than it does an 80gb on the playstation or xbox. Even if you could magically raise the memory of Switch units from 32gb to 256gb to facilitate 4k game sizes, it would take three days to download a 4k game from the eshop.

I know the idea is tempting, but Nintendo is just in no position to wade into 4k gaming right now, so I suspect Nintendo is telling the truth when they say that Bloomberg is getting something wrong. I don’t think there is any chance you’re going to see a 4k Switch at retail in 2022.